Camí de Cavalls, a trail just waiting to be discovered

If you’ve browsed information on what to do in Menorca, you’re bound to have come across the name Camí de Cavalls. This coastal bridle path is 185 kilometres long and goes around the whole island. But, why?

Menorca’s geographical position, lying right in the middle of the Mediterranean, has been coveted since ancient times by all those occupying it. Halfway between Europe and Africa, it was a meeting point for various trade and maritime routes, boasting all the necessary qualities to be a perfect strategic area which included Mahón’s large natural harbour. Then, in a manner of speaking, Menorca was fashionable for its location, not its beaches. It was constantly targeted by attacks off those who wanted to occupy it. Nowadays, Menorcan idiosyncrasy and culture are steeped in the legacy left by the British, French and Arabs. 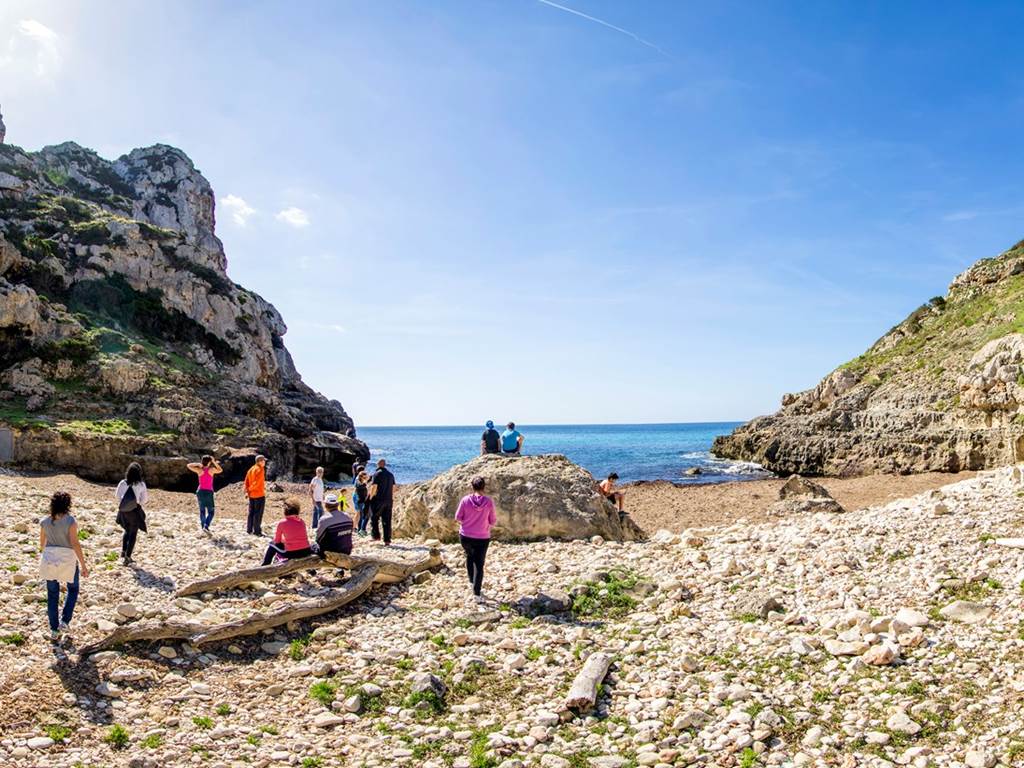 And one of these legacies was the famous Camí de Cavalls path, which was charted in the 14th century on the orders of king Jaume II, obligating the colonies under his reign to keep horse artillerymen in order to defend themselves from attacks by sea.

Over time, its use as a defence barrier disappeared and the Camí de Cavalls was then used as a thoroughfare between the different estates on the island. As the local institutions were aware of its appeal and how it needed to be kept well maintained, they promoted the trail for nature tourism, and it is the most well-known one in Menorca.

In order to make it easy for walkers, the route was symbolically divided into 20 sections, 3 of which follow the coast of Alaior. Beaches, ravines and important geographical features usually mark the beginning and end of each stage, so that you can go on a pre-planned excursion knowing what you are going to find along the way. How you do it is a question of taste. Although many people choose to walk the trails on foot, the more adventurous also use mountain bikes - some of the terrain is not exactly gentle - or even on horseback, as was done in the olden days. Let's take a closer look at the three stages that can be done in the municipality of Alaior.

To start on the Camí de Cavalls that passes through Alaior from west to east, you will need to go by car to Es Migjorn Gran, or in fact the beach below it called Sant Tomás. From there you’ll start the shortest stage of the 3 in the municipality, which is also the easiest as it is a flat walk over soft sand. On the way you’ll spot lovely beaches like Talis, and outlets from ravines such as the Son Boter one. One peculiarity of this stage is the wetland area of Son Bou, where you can observe a significant change in the vegetation and fauna. This excursion takes about two hours and covers 6.4 kilometres of gentle walking.

Once you’ve completed the first stage, the Son Bou to Cala en Porter is a bit more challenging for walkers. Not only does it cover 8 kilometres, but you need to navigate ravines, small sections of asphalted roads and cultivated land. It is considered to be a walk of medium difficulty, so we recommend you ensuring that you are relatively fit with no injuries. Some of the most interesting sections in this stage are the Llucalari cove, lthe views of the talayotic settlement Torre d’en Galmés and the vegetation and fruit trees growing in the Cala en Porter ravine, which marks the end of your walk.

The last stretch of the Camí de Cavalls that passes through Alaior is stage 17. It is another of those considered easy, although you should be aware that it is also one of the most time-consuming as it covers more than 11 kilometres. It is also the most built-up section of the three. However, the charming natural sites that can be seen along this stage are well worth the walk. Another highlight is one of the municipality's important ravines, Calescoves, where ancient caves line the cliff face. Es Canutells is yet another of the small ravines you will come across, and where the route itself ends at Binissafúller beach.

Now that you have information on these stages, you can choose the one that most appeals to you – or do all three of them! Would you like to have all the most important details of each section to hand? Take a look at our brief guide on the Camí de Cavalls that follow the coast of Alaior.

The weather in Menorca, the climate in the Mediterranean isn’t always what you imagine

Routes and Excursions
Get moving in Alaior