Sant Llorenç: your guide to follow the activities of the festivities

If you’ve looked for details on Menorca’s festivities at some point, you will doubtless have found images of lots of people surrounding a horse and its rider. The island’s equestrian tradition is deeply reflected in every town’s yearly festivity, and Alaior holds them in the month of August on the day that honours the town’s patron saint Sant Llorenç. Although the 2021 activities have been cancelled due to the current pandemic, we are still determined to celebrate our longstanding traditions. That’s why we want to offer you a guide for future years, so that you don’t miss out on any of our main activities. 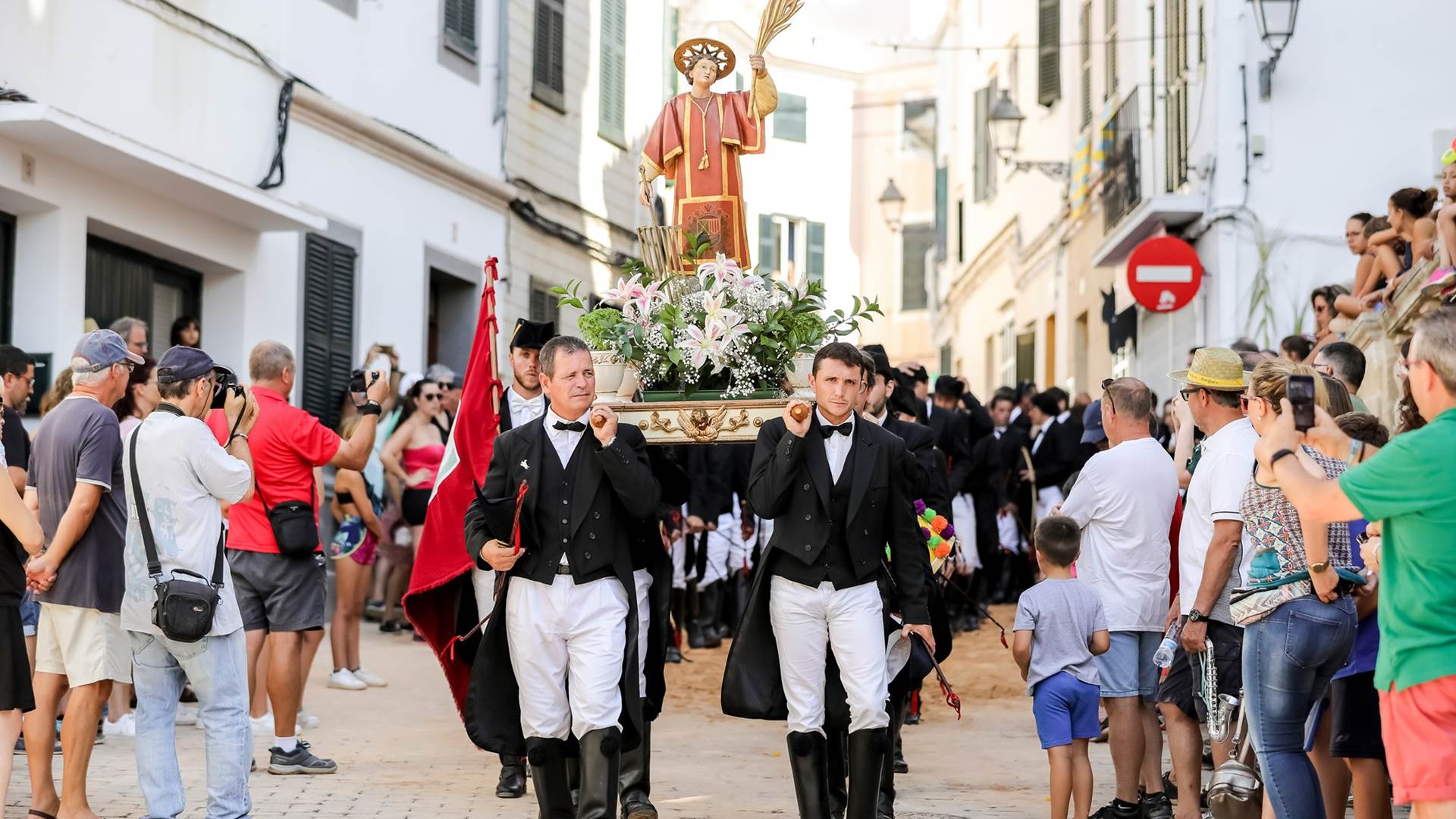 Alaior’s fiesta of Sant Llorenç is normally held in the second weekend of August, immediately after the this saint’s day. We know that the celebration first started in the hermitage of Binixems in the year 1301. About 20 years later, these festivities were moved to within the town of Alaior. As the years have passed, the fiesta has gradually changed and adapted to new times. In 1998, the protocol that governs our current fiestas was approved.

The day of the pregón

The celebrities kick off on the Friday of that weekend, starting with our pregón (opening speech). This act is both gently paced and simple, drawing together a large amount of the townspeople and generally officially introduced by someone important from the town, or someone who has a great connection to it. After the pregón, a banner is presented to the Council presiding over the fiesta and, specifically, to the person known as the “caixer fadrí” (bachelor horserider). The festivities then commence with the beat of drums and a “fabiol” (type of flute). 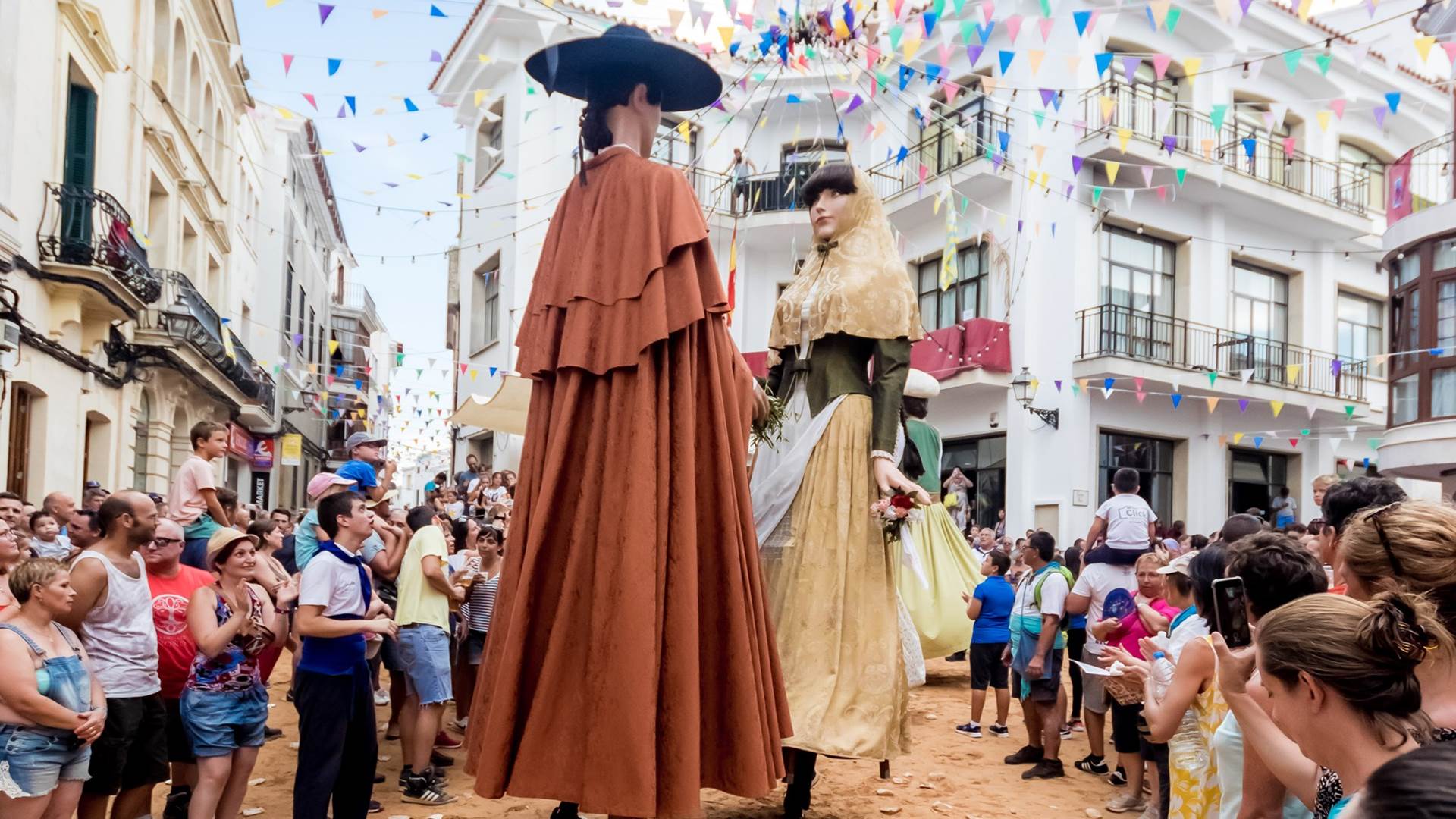 10:00h. The day starts with the Council of riders known as the Junta de Caixers who preside over the fiesta, inviting everyone to join in on the activities and the procession through the streets of Alaior. This is the call of the “Gloriós Sant Llorenç”.

17:00h. This is the time that all the children have most been waiting for, with the appearance of the giants and “capgrossos” (big-heads) accompanied by music from Alaior’s Cornet and Drum Band. At that time, the Council of Caixers goes to the Town Hall, where they request permission from the “Caixer Batle”, who is generally the current mayor or another town representative in order to officially start the fiesta with the “replec” or gathering of horses and gentlemen riders who will be joining the festivities.

18:00h. The retinue of horses celebrate the solemn Completas mass in honour of the saint in the hermitage of Sant Pere Nou. Once this religious act is over, one of the most awaited celebrities starts, the famous “Jaleo a Sa Plaça”. This is a time of great expectation and excitement, with the horses and riders mingling among the cheering crowd. After the “Jaleo”, the retinue does a couple of rounds of the town, known as “caragols”, and then says goodbye to the principal stars of the fiesta until the next day.

09:00h. The Cornet and Drum Band wakes up the townspeople with a procession that reignites the previous day’s festivities. Once all the retinue of horses and riders are assembled, the image of Sant Llorenç is carried from the Town Hall to the church, where the mass “Missa de Caixers” is held. During the Eucharist, rose water, or “aigua-ros” is distributed, a fragrant combination of roses and water that is sprinkled over the heads of those present as a type of blessing.

After this mass, the second “Jaleo” of the fiestas is celebrated, this time under the strong midday sun. With the main event over, the retinue of gentlemen riders, together with the town, say goodbye to the “Caixer Batle” and “Caixer Capellà”, rider who represents the church. The traditional celebration finishes with the handing out of “aigua-ros” by the riders to their neighbours on a route covering Alaior’s homes. Ever since the 70s in the last century, a fancy dress float procession which changes theme annually joins the “Carrosses”. This is a very popular activity, much loved by everyone in Alaior.