You may recall you that Menorca is waiting to find out if it will be declared World Heritage by UNESCO owing to the island's Talayotic culture. The last dossier that was sent from the public institutions, and which studies this candidacy in different areas, highlights the municipality of Alaior as being one of the hot spots. Here, you can visit a large number of sites to give you a clear idea of just why Menorca deserves to be on this cultural list. Do you want to know why and delve deeper? Grab a notebook and pen, we're off on a tour. 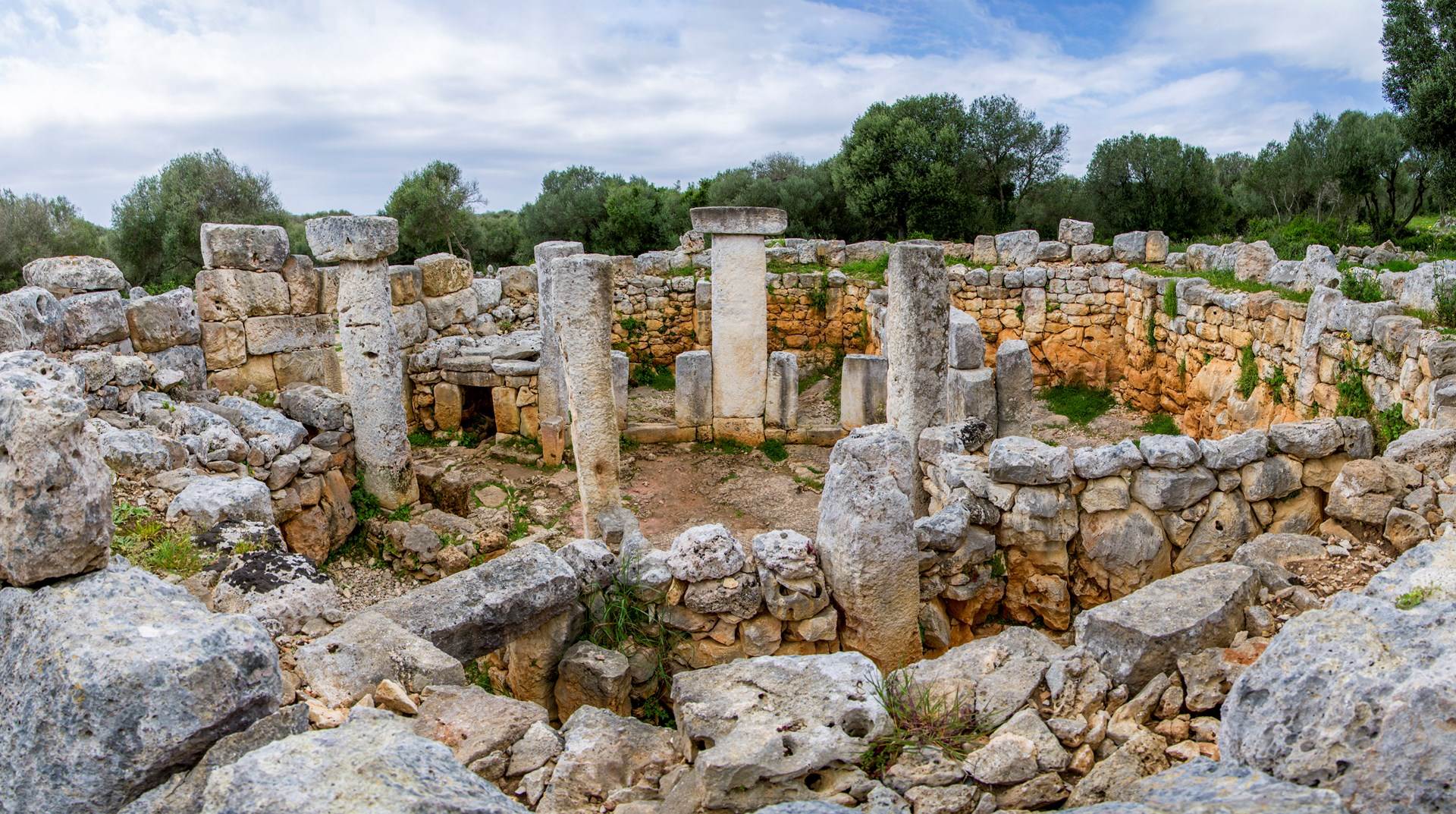 Alaior can boast of some of the most important archaeological sites in this candidacy. Ranging from the extensive settlement of Torre d'en Galmés to the highest taula that still retains its entire structure, the archaeological remains that can be seen in Alaior clearly demonstrate why Menorca is a candidate for World Heritage status.

Among these top monuments, which can also be visited, make a note on your itinerary to stop off at the villages of Torre d'en Galmés and Torralba d'en Salort, which we have already mentioned on other occasions. These are two very well-preserved sites of great archaeological interest, with excavations underway and a good number of interpretation resources, which makes them two hot spots to visit. In addition, thanks to their careful adaptation, they are both easily visitable and accessible sites. Among the category of settlements, and although not as spectacular, So na Caçana is well worth a visit. This site is low-key than the previous two but considered to be a group of sanctuaries, with more than one taula enclosure and two talayots. Within this category of "tops", you should also save a morning for an excursion to the Calescoves ravine, where you can see one of the most important necropolises in Menorca. The area contains more than 90 caves excavated in the walls of the ravine, with a history that extends beyond the Talayotic period to present day. 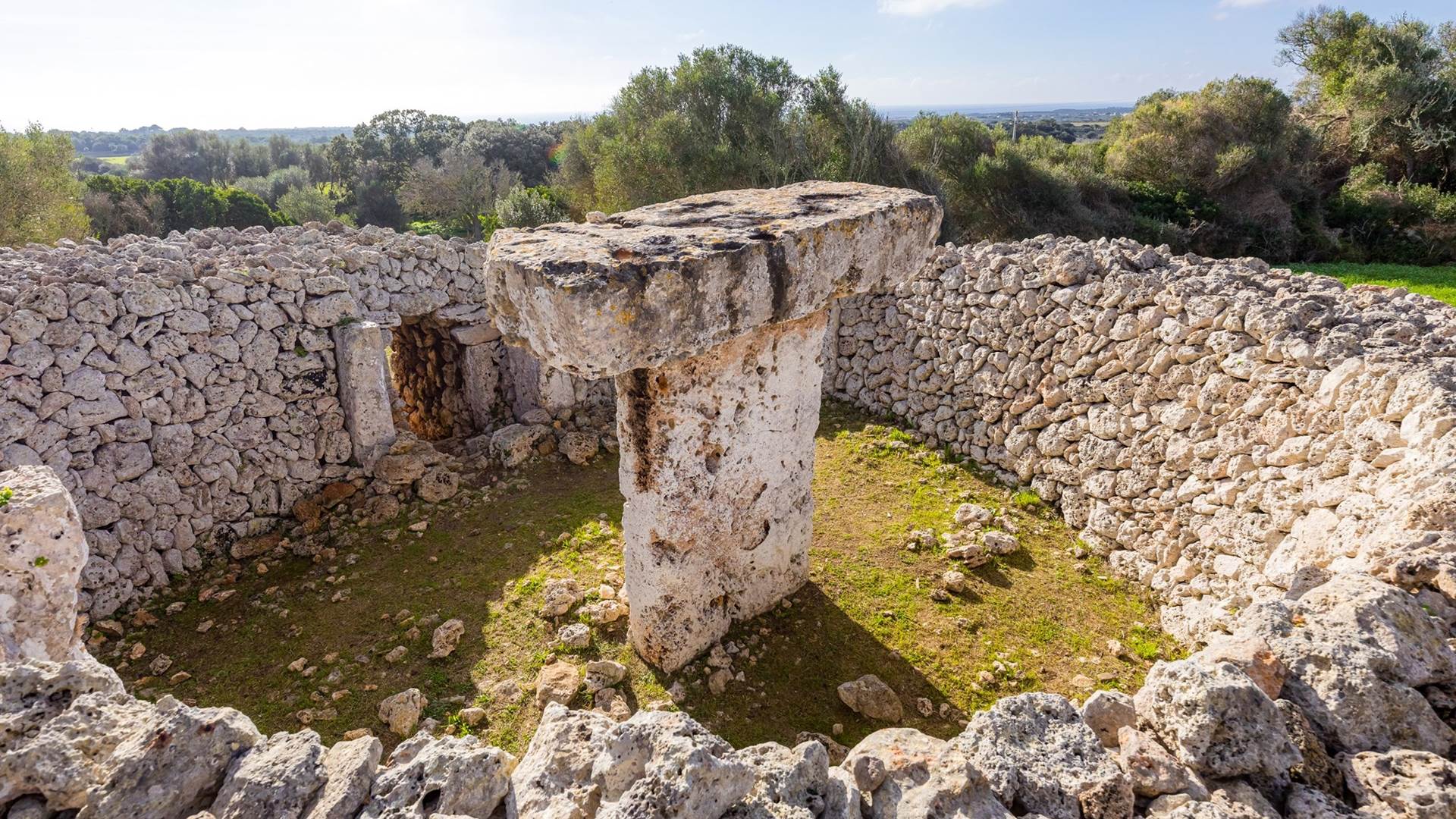 For any of you who have already visited the main Talayotic monuments of Alaior, and still want to know more about this culture, Alaior has some other hot spots that can also be visited.

The first of these is the village of Torrellisar, which can be reached by taking the road from Alaior to Cala en Porter then turning at kilometre point 5.5 along the Camí de Cotaina. The main characteristic of Torrellisar is that it retains the complete structure of its taula. Another hot spot are the navetas of Biniac, housing one of the most well-preserved burial tombs. Check the website www.menorcatalayotica.info for opening times. The final stop on the route we propose that matches the candidacy specifications includes two monuments, as they are located just a few metres from each other. The first is the dolmen of Ses Roques Llises, one of the oldest constructions on the island (dating from 2,000 BC), while the second is the Na Comerma de sa Garita monument and very special, as it is unique in the island's archaeology. It consists of a large apse-shaped enclosure with a cyclopean wall. The visit is free of charge, although we recommend that you check the opening times.

There are other points of interest within Alaior that match the candidacy too, such as the Biniedrís cave -although it cannot be visited-. Which of these were you unaware of?

Architecture
The Sant Diego Convent, a jewel just waiting to be rediscovered