The Cultural Centre is now open at the Sant Diego convent

As one of the town’s most emblematic buildings, we were very conscious of ensuring its recognition as one of our most significant cultural landmarks. A few weeks ago, the Centre Cultural Convent de Sant Diego opened its doors to the general public, showcasing, in addition to its spectacular architecture, a fascinating aspect of Menorca's history and life. This includes rooms reserved for the island's ethnology and an exhibition of shoe manufacturing, a sector that is closely linked to Alaior. However, this cultural jewel has a lot more to offer too. 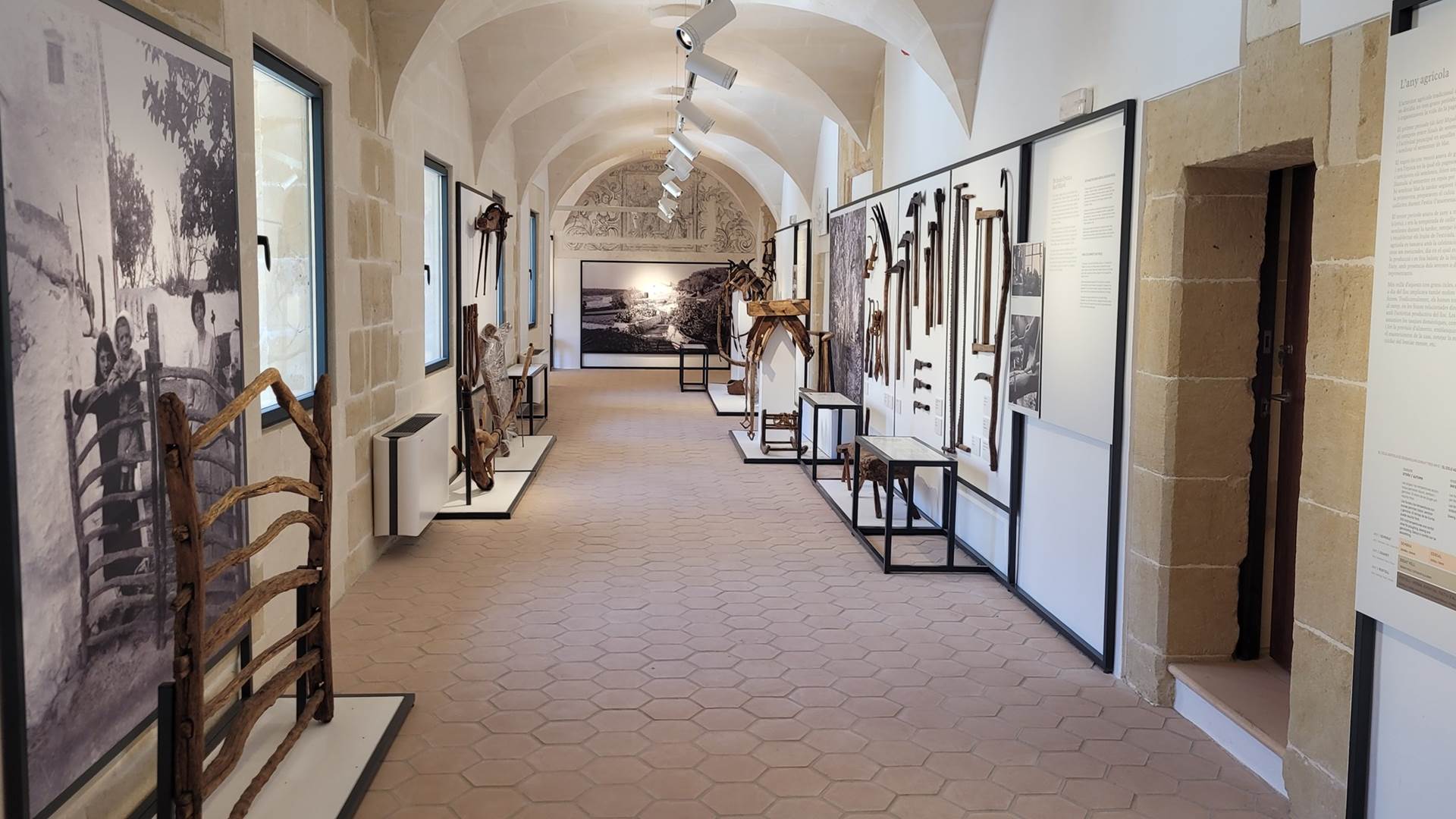 Years have been invested in the restoration of a building which is already considered one of the most stunning in Alaior. This convent also jealously guarded a collection of religious grisaille paintings of great beauty, which have been carefully restored over the last few years.

Taking advantage of the structure of the convent, the museum area is divided into four spaces. The Es Pati de sa Lluna courtyard, at street level, will host cultural activities and temporary exhibitions, making it the most dynamic space in the building. In the mezzanine areas, a space has been set up for conferences and conventions, while the permanent exhibition can be viewed on the ground floor. The permanent exhibition is on the first floor. It is also worth highlighting the collection "L'essència de Menorca", a sample of Menorca's ethnology which consists of part of the Llambies collection that was acquired by the Town Hall. There is a firm acknowledgement to Alaior’s industrial legacy to be found in the second exhibition in this space, "El calçat a Menorca: de l'artesania a la indústria" (Menorca’s shoe manufacturing: from craftsmanship to industry), which traces the history of footwear manufacturing on the island. 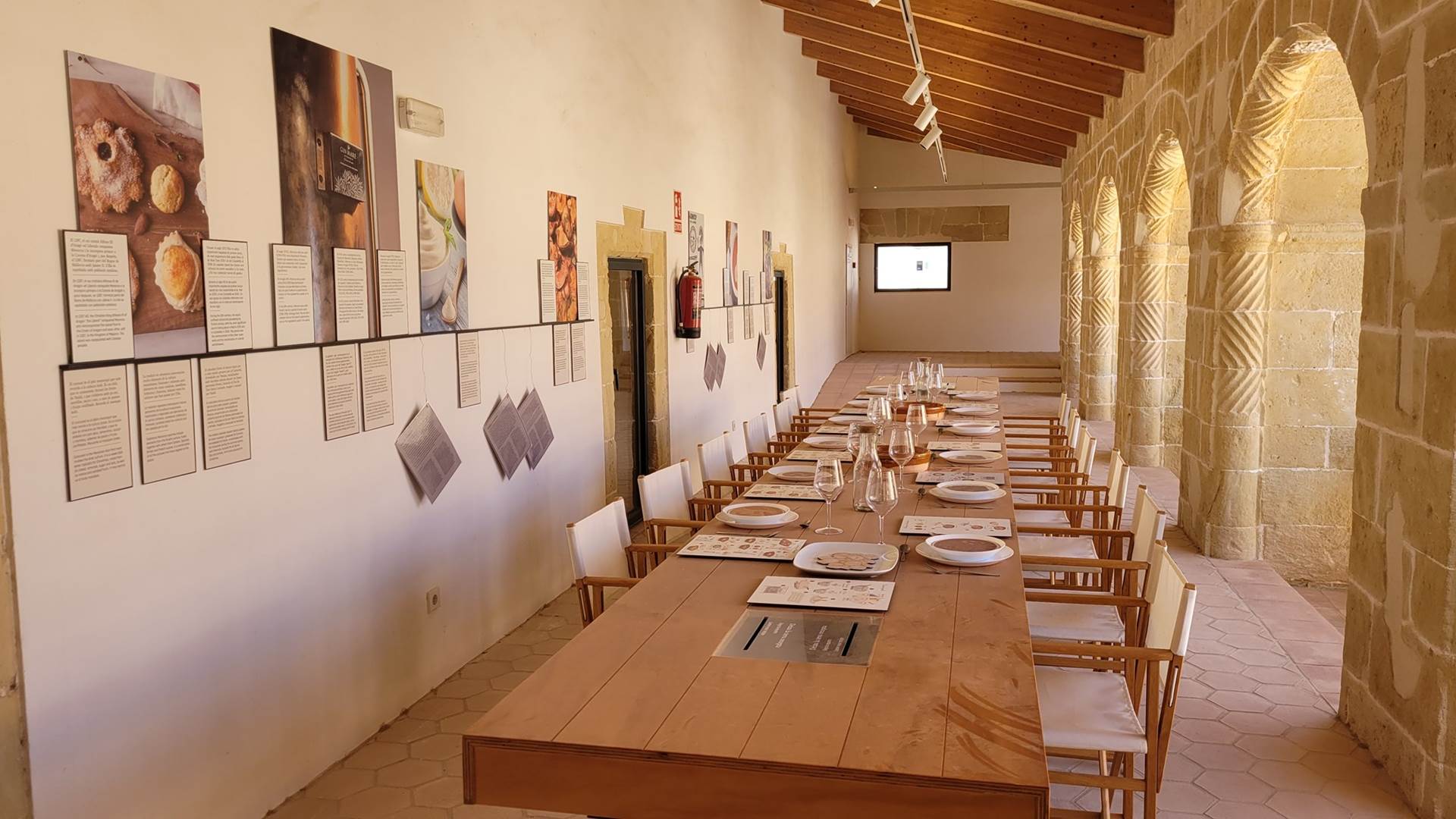 The second floor of the building has been set aside to highlight another exceptional cultural aspect on the island: gastronomy. Here, the Centre de Cultura Gastronòmica (Centre of Gastronomic Culture) boasts both a laboratory kitchen and a kitchen for show-cooking sessions, as well as a small exhibition and spaces dedicated to training. All a nod to this cultural part of our island, which this year is proud to be hosting the European Region of Gastronomy.

The ground floor conceals a surprise that will leave no one indifferent. It is the redeeming feature of the building, comprising a very large cistern that was discovered by workers when they were carrying out renovation work. 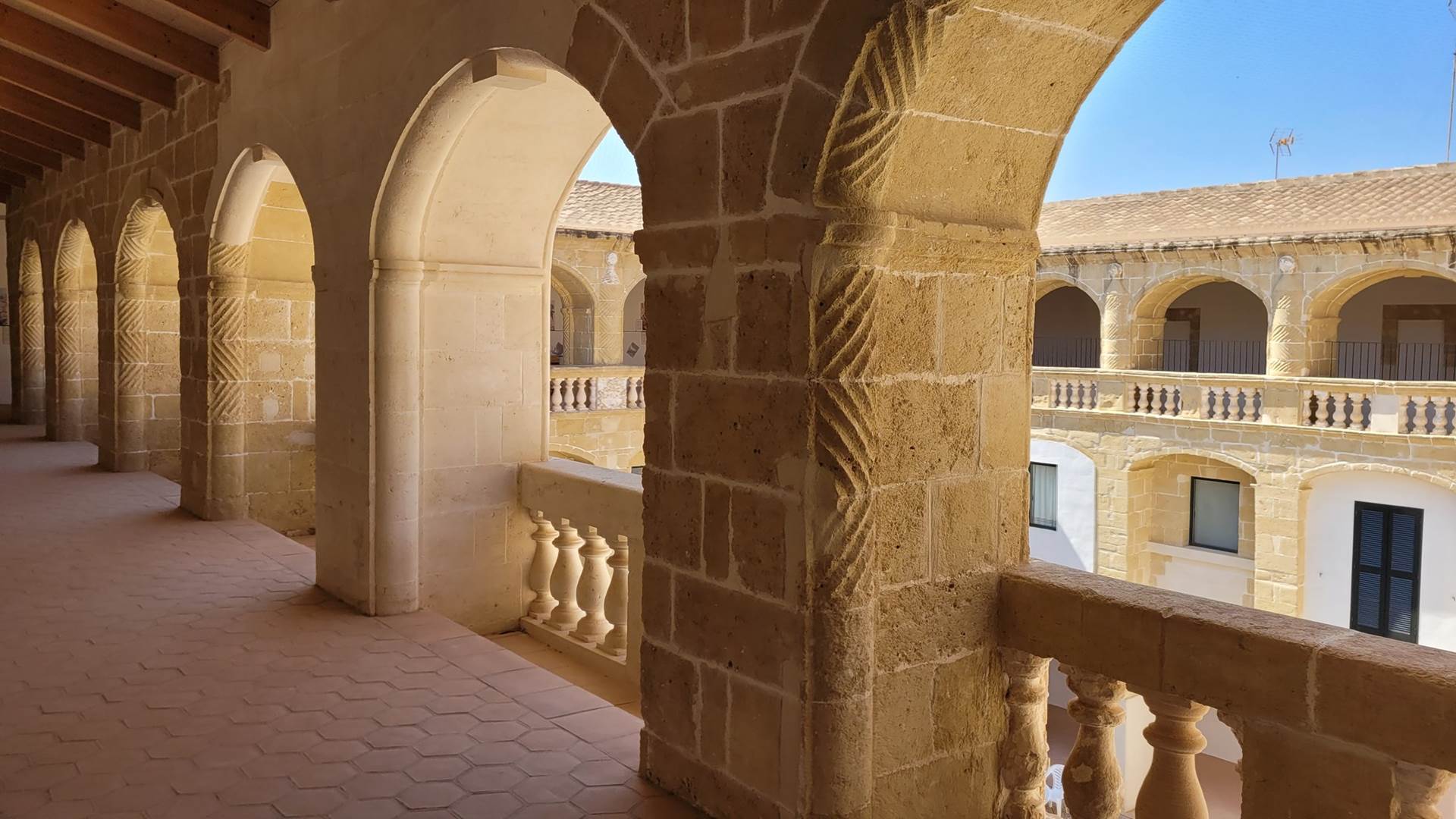 The building of the new Convent de Sant Diego Cultural Centre is one of the key elements in our town's historical architecture. Work began in 1623 when, following the Turkish assault on Menorca (1558), the town gradually started to recover and the construction of a Franciscan convent under the patronage of San Diego was authorised. Nevertheless, two centuries later, with the confiscations of Mendizábal, the convent ceased its religious function and was converted into a building for civil use until 1998. During this time, the convent was used as housing for the soldiers, as a slaughterhouse… and even contained small workshops to manufacture costume jewellery and footwear. In 1993, the Government of the Balearic Islands declared the architectural complex a Cultural Interest Asset.

Ever conscious of the historical value it represents for the town, Alaior requested a cultural use of this space at the end of the last century, having used its facilities for cultural purposes for a long time. In 2007, the Balearic Government, the Island Council of Menorca and the Alaior Town Hall signed an agreement to restore the building - including the grisaille collection - and adapt it for cultural use. A reality that, in 2022, will be on view for the enjoyment of both the Menorcan public and visitors to the island.