The Sant Diego Convent, a jewel just waiting to be rediscovered

Conserving our heritage is loving our town

Several of Alaior’s historical buildings and settings have been renovated. One of the most important ones, and whose refurbishment has been ongoing for years, is the Sant Diego convent. Discovering its history through its walls is a way of loving our town a little more. That’s why we want to tell you about this emblematic ensemble.

The Foundation of the convent of Sant Diego

King Jaume I conquered Mallorca in the year 1229. And, little by little, he managed to extend his reign to all the islands of the Balearic archipelago. It was at that time that the order of Franciscan monks, already established on the mainland, arrived on the islands. In 1629 they also settled in Alaior, in a convent dedicated to Sant Dídac, or Sant Diego, as this saint is popularly known. This first religious purpose lasted until 1835, when it was then used for military purposes. Subsequently, it was converted to civilian use. These different modifications that the architectural ensemble underwent gradually concealed its initial purpose, and it came to be popularly known as the Pati de Sa Lluna (Moon’s courtyard).

Fast forward into the 20th century, and the cultural activities that took place inside the building, especially in the summertime, further enhanced the name of the Pati de Sa Lluna. The inhabitants of Alaior began to use the term "Festes dins de sa Lluna" to refer to their cultural festivals that took place within the cloister.
Being conscious of the architectural and historical significance of the building, Alaior managed to have the convent of Sant Diego declared an Asset of Cultural Interest in 1993, within the category of monuments. It was from then on that a process of recovery began —first of all of its ownership, as the building was divided between private owners— in order to restore the original appearance of the architectural ensemble. In 2004, the Government of the Balearic Islands obtained public ownership of the convent and began the process to refurbish it.

Back to its origins 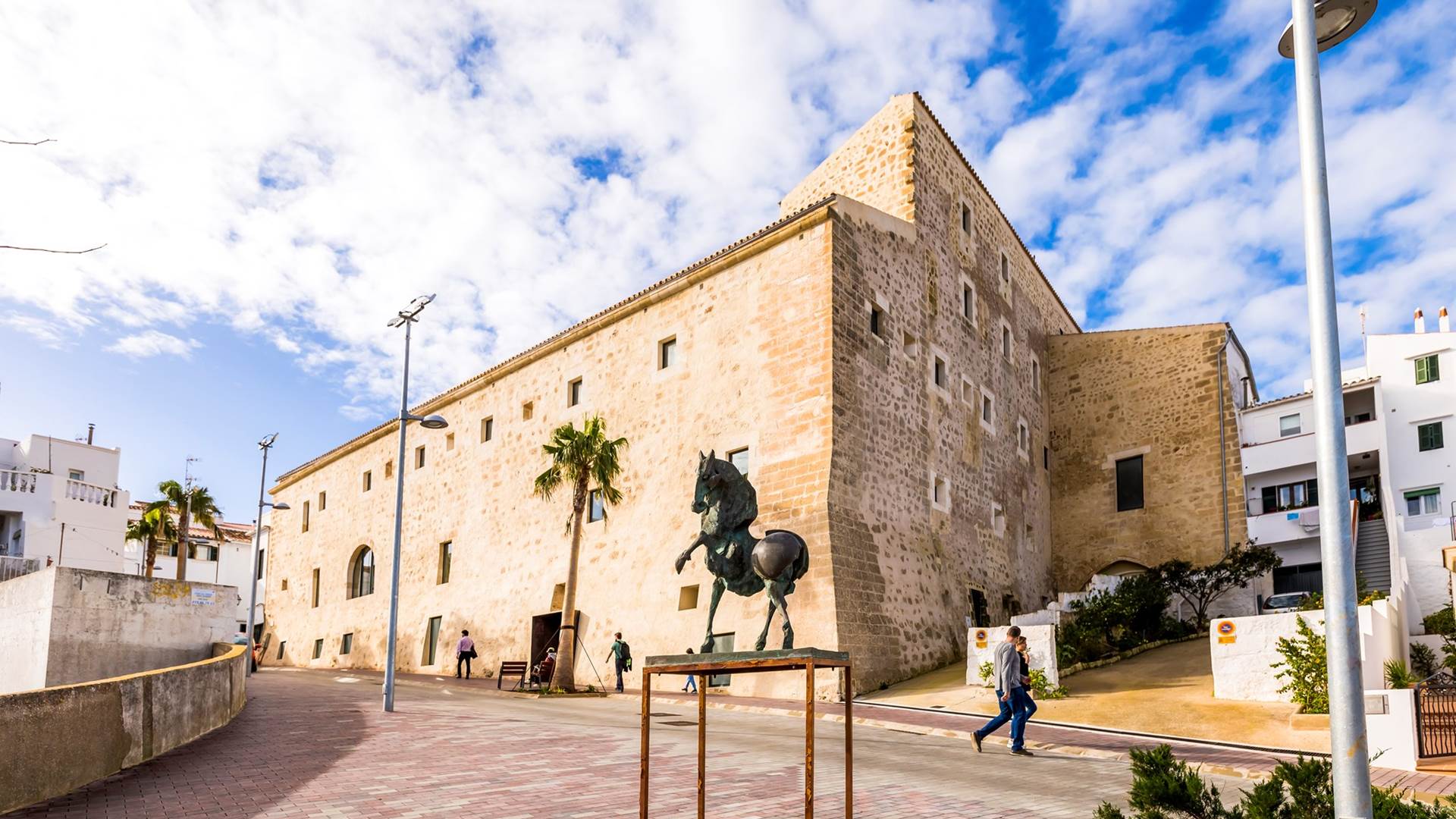 The work of recovery and restoration of the space was focused mainly on removing the layers of building work that concealed the original appearance of the Sant Diego convent. One of the main attractions, which can be found in the convent's courtyard, are the mural paintings or grisailles, discovered by accident in 1994.

These pictorial artworks, which can be seen on the ground and first floors, reveal scenes and stories linked to the Franciscan order that founded the convent. In addition to their historical value, the grisaille paintings faithfully reflect the classical Renaissance style that prevailed in the Balearic Islands from the 15th century onwards. However, the Sant Diego actually grisailles date back to the 17th century.

A combination of time and limestone, used to protect the marès sandstone with which Menorcan buildings were made, wreaked havoc on a heritage that the administrations have strived to recover for the general public, thus promoting a greater love and appreciation of Alaior's history.

It is worth mentioning that, once the works are completed, the convent of Sant Diego will house the Centre of Gastronomic Culture of Menorca. 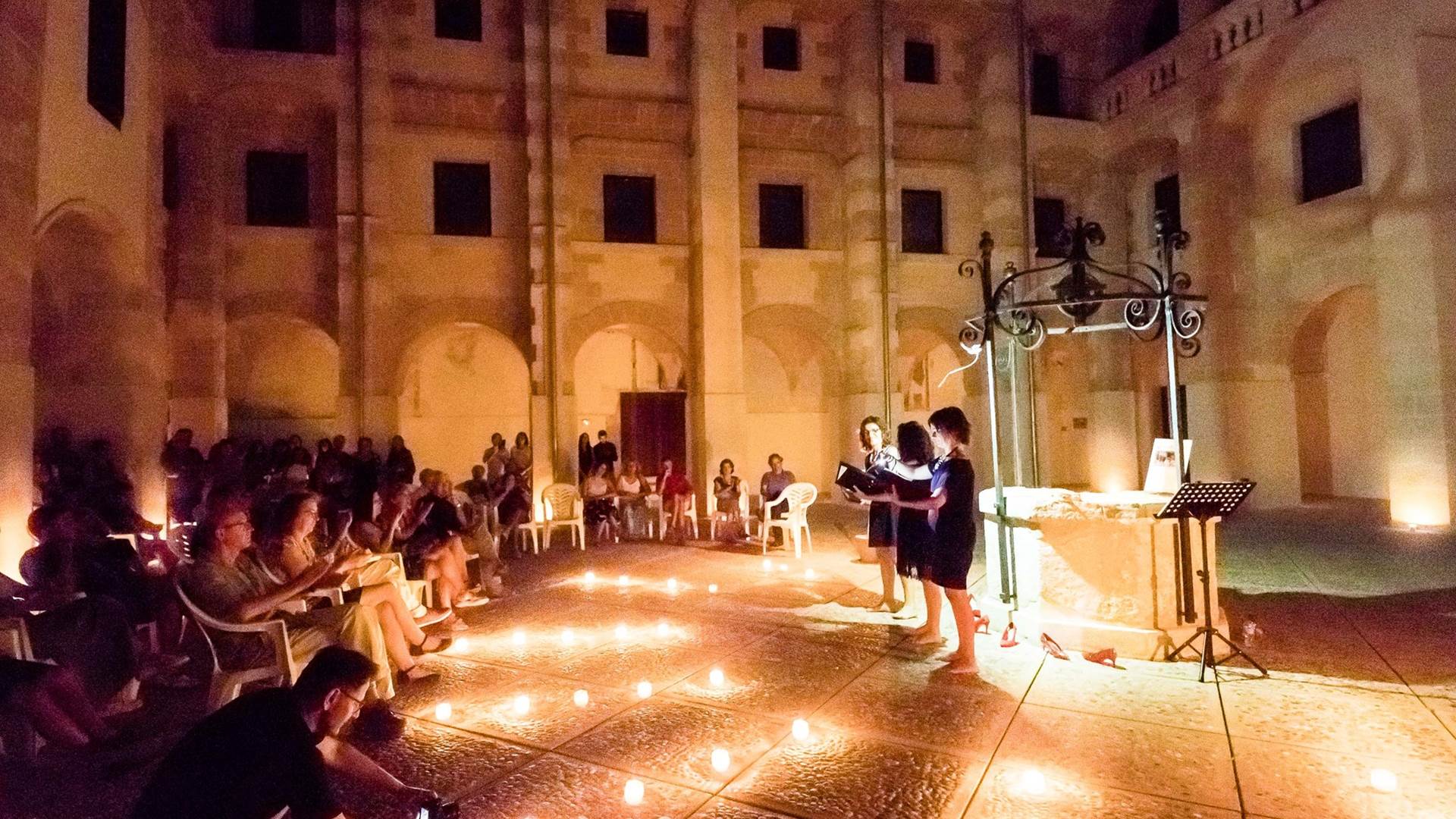 Associated with the convent is the Sant Diego Culture Hall, which currently hosts numerous artistic exhibitions and is a key venue for holding cultural events of all kinds.

Although the convent is still undergoing refurbishment, free guided visits haven been programmed until the 5th of June. They are conducted on Tuesdays, Thursdays and Saturdays at 10 and 11.30 h a.m. respectively. The meeting point is at the main door of the Sant Diego Cultural Hall. Bookings should be made via the WhatsApp number 676 032 638.

Architecture
The Sant Diego Convent, a jewel just waiting to be rediscovered