Journey into the past at Torre d’en Galmés

If we were to rate one of the most important prehistoric settlements in Menorca, Torre d’en Galmés would most definitely take first place. The sheer number of elements from the Talayotic period, the remains discovered and the light it has shed on the island's first settlers make it a must-see for any Menorca fan. The enormous relevance of Torre d'en Galmés in terms of understanding what life was like in the past makes it one of the most important Talayotic sites in the Balearic Islands. And not only that… bearing in mind that in 2022, Menorca may be declared a UNESCO World Heritage Site for the candidacy of Talayotic Menorca, why don't we take a look at Torre d'en Galmés? 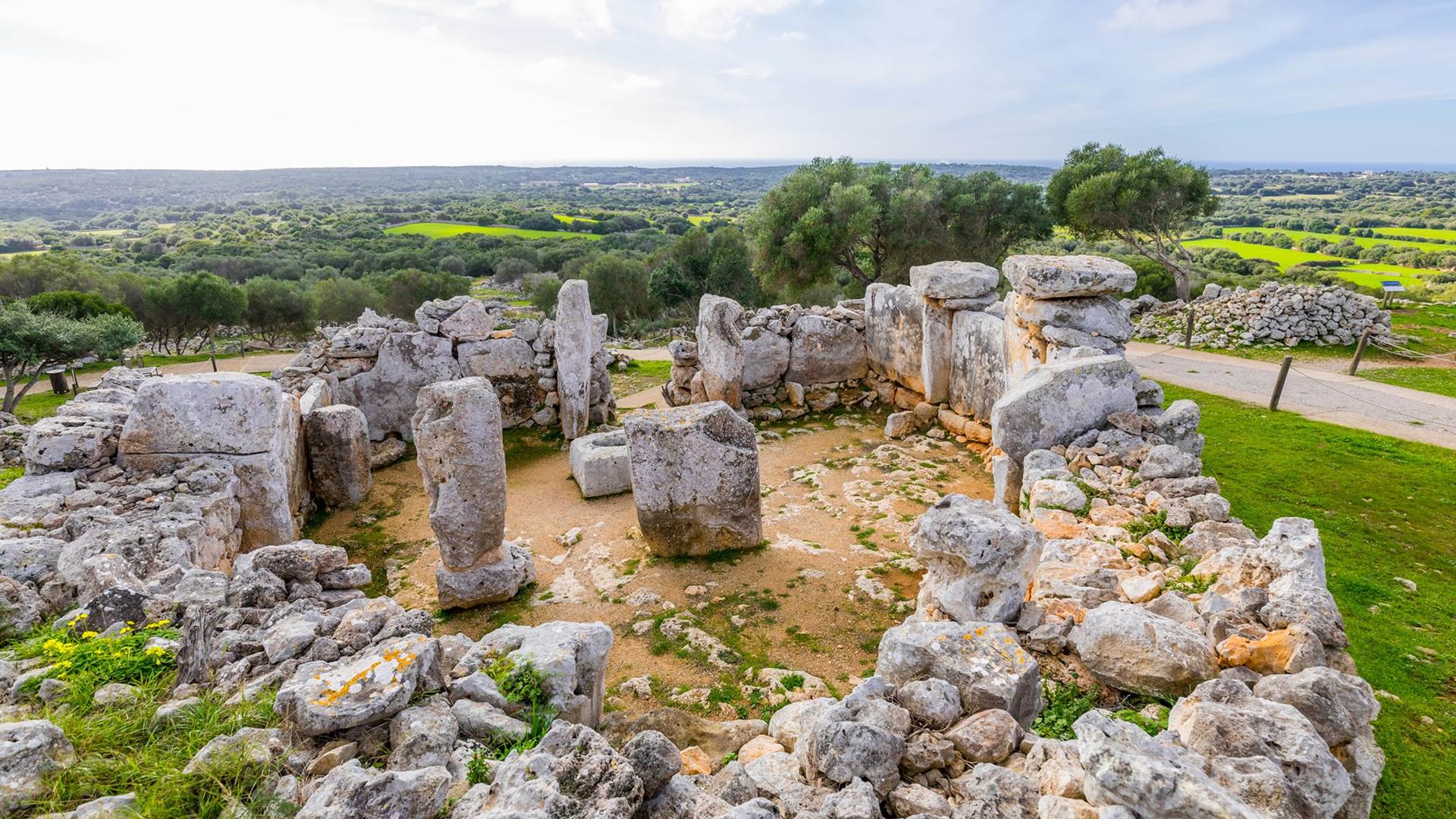 When we say that Torre d'en Galmés is the most important prehistoric settlement in Menorca, it is because we have more than one reason to support this claim. The first is its size, which is 66,240 square metres - approximately 5 football pitches, where you can still clearly see buildings that are thousands of years old. The second is the amount of material and evidence that archaeological excavations have recovered there, giving us vital insight about the first settlers on the island at the beginning of the Bronze Age some 3,500 years ago. Torre d'en Galmés, which is located on a hill with stunning views across the south coast, did not cease to be used until Roman times, although it was abandoned for good in the 13th century after the Christian conquest. Another reason for us to be sure that it was an important place in prehistoric society, especially during the Talayotic period, is the evidence of the number of people who may have lived there: up to as many as 900, according to the calculations of some historians.

What you will see at Torre d’en Galmés 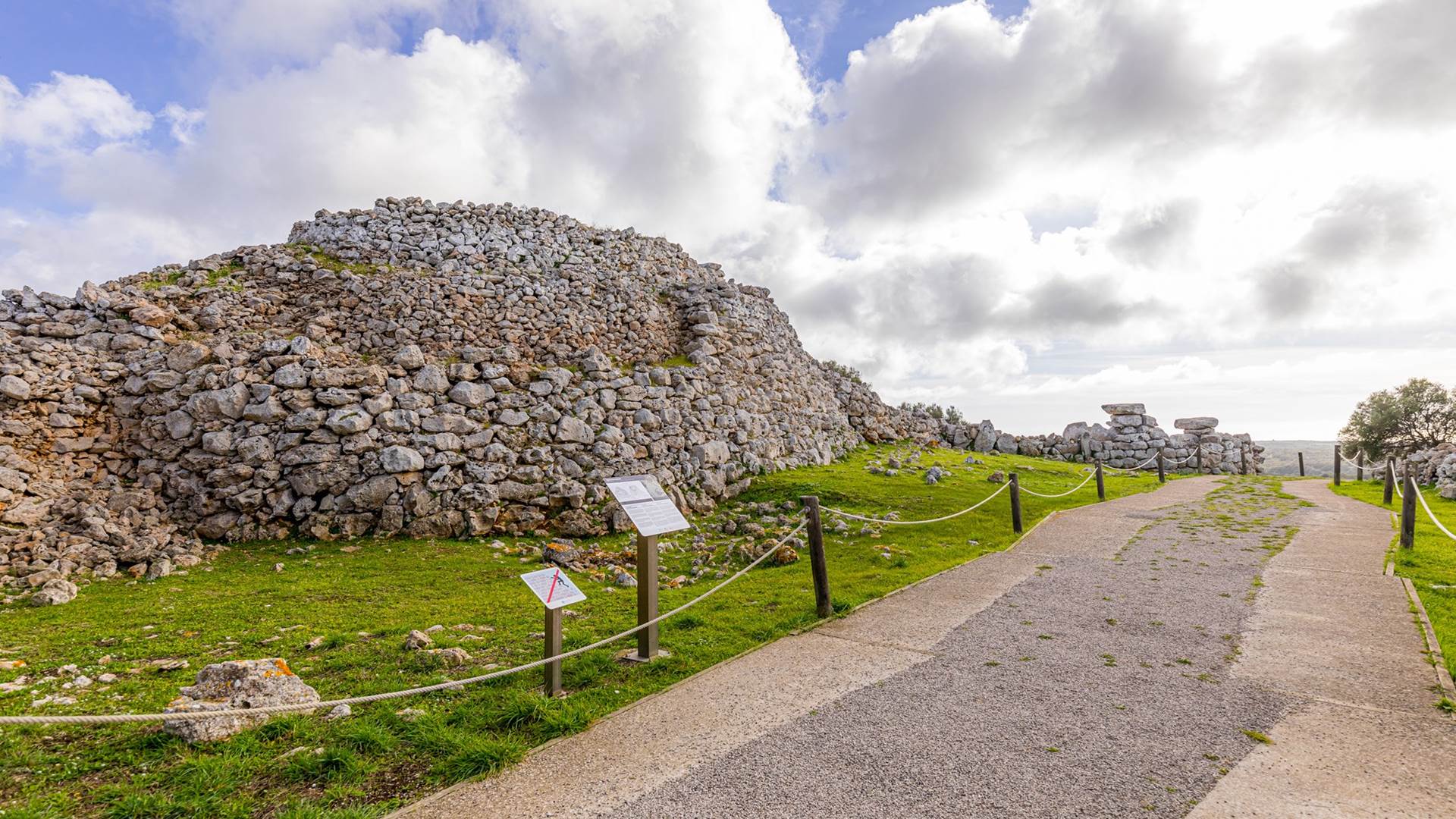 During your tour of the settlement, which is done on foot, you will see various buildings. The largest and most striking are the three talayots, but the most numerous are the circular houses from the same period. Also visible are the hypostyle hall, several water collection systems and four hypogea, which were used for funerary purposes. The taula enclosure is also still standing, but in fact one of the most beautiful and best-preserved constructions on this site is actually what archaeologists have called the Cartailhac Circle. This circle is actually a house from the Talayotic period, and an extremely well-preserved one, where the different spaces characteristic of these constructions can be distinguished. A front courtyard, entrance door, central courtyard, various rooms and the hearth. Can you imagine entering a house dating from 1,800 years ago? 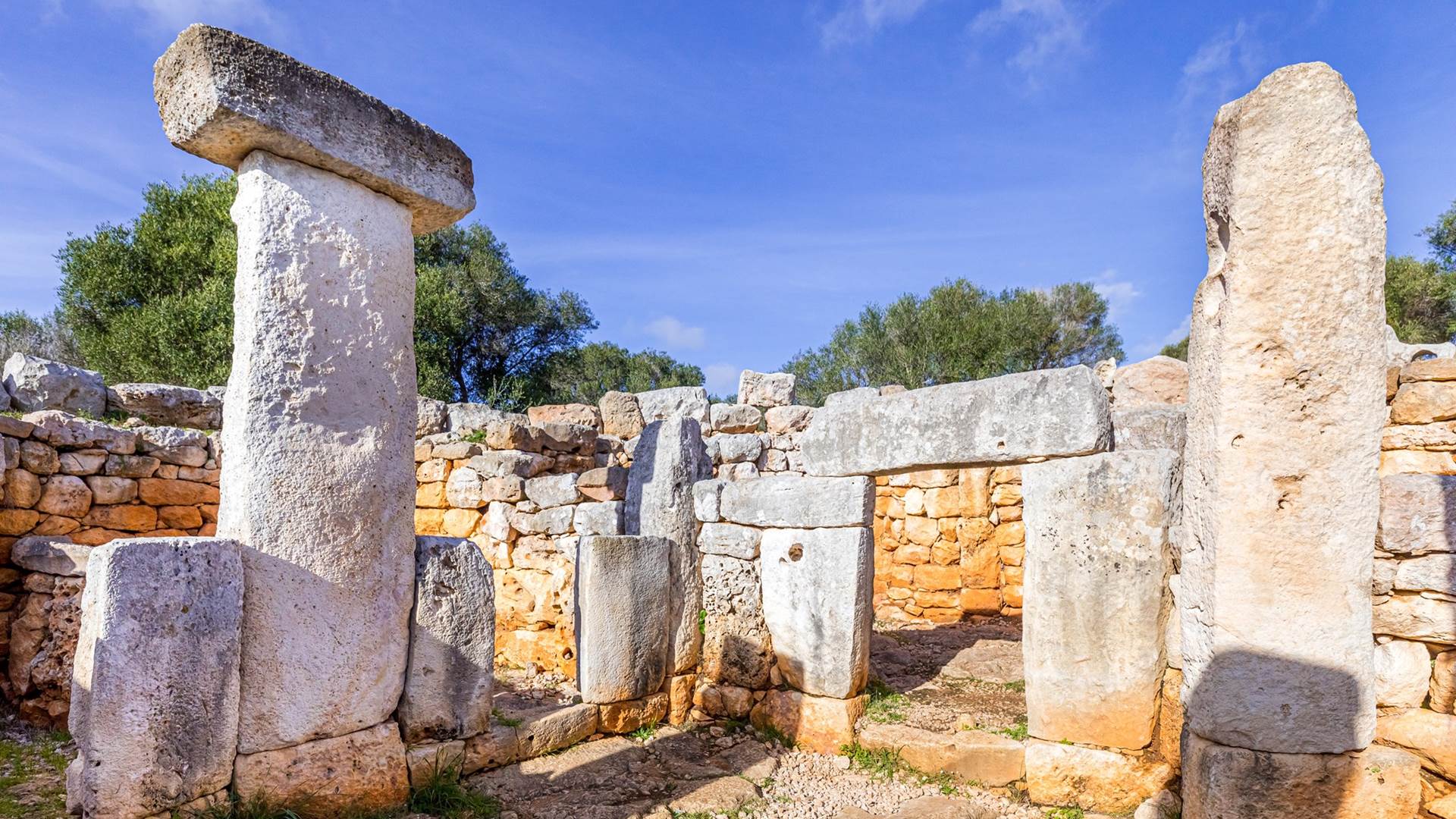 We could tell you so much more about Torre d'en Galmés, but the best thing for you to do is to plan a visit to the site. Enjoy a fascinating morning of wandering among stones and history that you can further complement with a visit to the interpretation centre located just at the entrance of the settlement.

To get to Torre d'en Galmés from Alaior, take the road leading to Son Bou and turn off at point 2.2 on the same road along a country lane. 1.3 kilometres from this entrance, you will find the settlement's car park signposted. Visiting hours are mornings, from Tuesday to Sunday from 9 am to 3.30 pm, and admission for adults is €3 and free for children under 8 years of age. The interpretation centre is also open from Monday to Friday, from 9.15am to 3pm, and at weekends from 9.15am to 4.15pm.